Hi babes! I’m back again for another review. Today I will be reviewing Tarte’s vegan deodorant, “Clean Queen”. I’m a big fan of Tarte and when I found out they had a vegan deodorant, I just had to try it out.

Clean queen is aluminum free and alcohol free. Why is this good? Well Aluminum has been found to be linked to certain types of cancer cells. Cancer runs in my family, so every little bit helps. Did you know according to the American Cancer Society, that nearly half of all men and a little more than one-third of all women in the United States will have cancer during their lifetimes. So, anything that helps you reduce the risks gets a thumbs up from me.

It is also a natural deodorant that have a ton of natural odor neutralizers without irritation. It conditions the skin and leaving your skin feeling smooth. This important for me because most women tend to shave and the skin in that area tends to be more coarse than normal.

It’s a cream to powder formula that is not supposed to leave any white marks. While it is cream and dries as a powder, if you put on a shirt while it is drying, it will leave a mark. I have yet to find a deodorant that doesn’t leave a mark.

It provides long-lasting daily odor defense, even on the most sensitive skin, with natural plant starches to fight odor without disturbing normal perspiration. This is also not the case. I started out with just the one application daily and I would suffer from BO by the end of the day. This was embarrassing to say the least and this was on one of my off days when I didn’t work out. The days I did work out, OMG it was the worst. I was grateful for working out at home.

At this point I couldn’t believe that Tarte would release such a bad deodorant. I read some reviews and people liked it. I decided to do research on natural deodorants. Apparently there is a transition period when you switch from normal deodorant to natural ones. Since everyone has a different body chemistry this time period can vary.

Aluminum to clog the sweat glands and block sweat from escaping. The experience can be different for everyone. You can let out under arm moisture like crazy, luckily this didn’t happen to me. This happens because once your glands are unclogged, they may release fluids previously blocked by aluminum in antiperspirants, causing an increase in moisture.

What I did experience was an increase in odor. This can happen to some, again it all depends on your body chemistry. Apparently when the the flushing of the system and increased apocrine sweat gland activity results in increased moisture and sweat which interacts with odor-causing bacteria.

There is also increased sensitivity. This also did not happen to me. With a hypothetical increase in bacteria and backup being released via the lymphatic system, it may be that some individuals experience increased sensitivity or tenderness as the body filters out undesired materials.

After learning everything about switching over, I was beginning to feel frustrated. I didn’t know what to do. The only resolution I came up with was to reapply it whenever I would start to feel excess moisture building up, in order to avoid the stink. At this point I was applying it 2 to 3 times a day on a normal day. On days that I worked out I applied right before and after my workout (if you go to the gym and don’t shower there).

The price point of this deodorant is $14 and is not availability in stores can vary. To be honest it was not worth it. I might give it another go to see if it was just the transition thing. Right now though I’m trying Native deodorant. I read really good reviews on it and Allure magazine named it as a natural deodorant that actually works. Till another time babes! xoxo 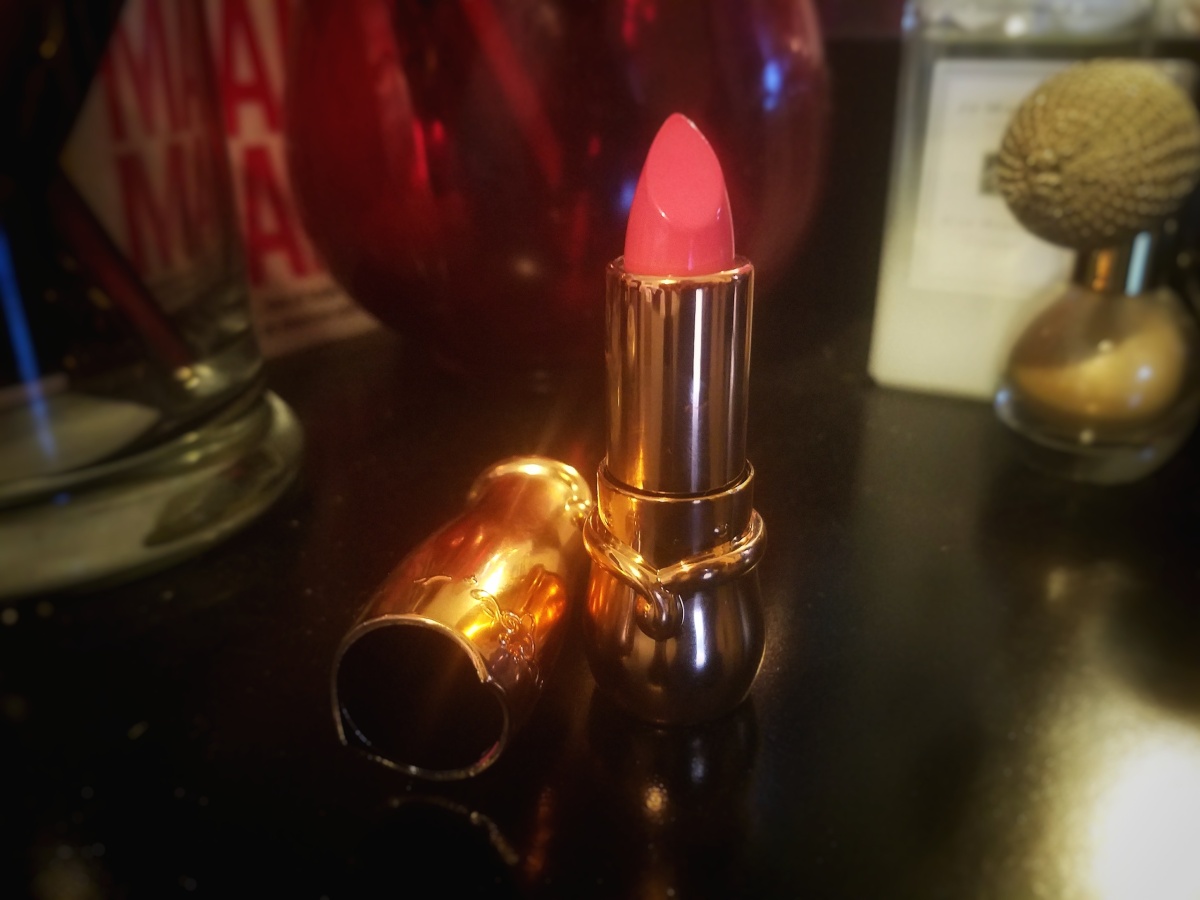 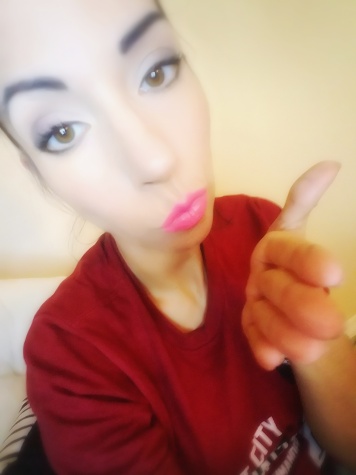 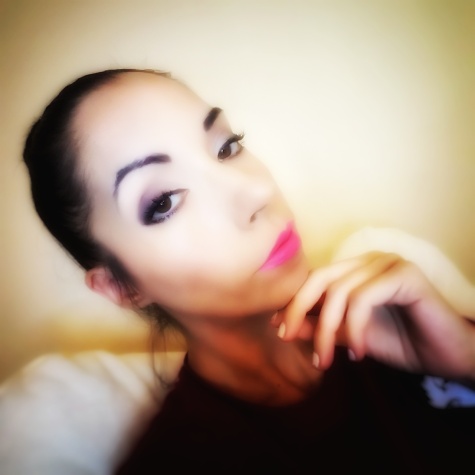 This is a great transitional look for spring/summer. The main focus of the look is the coral lips with a warm smokey eye. Create this look:

I started with a clean face of course. Once my face was ready, I began with my primer. Lately I’ve been using Prime Light from Milani. This my favorite drug store primer. It gives off a strobing effect while minimizing your pores.

I’m olive tone and have a yellowish undertone; color correcting is a must for me. I started with L’Oreal’s Visible Lift eye CC cream in Light. I naturally have dark circles under my eyes and this works well for it. This also helps fill in those fine lines. For the rest of my face I used Almay’s CC cream in Light/Medium. By the time I am done I have an even complexion with a natural blurred effect. Did I mention both of these products you can get at your local drugstore? This contains SPF35 for that added protection.

My foundation is another drugstore haul. Its Wet N Wild’s photofocus foundation in Bronze Beige. This is one of the best photogenic foundations that has recently come out and completely affordable. It’s a medium to full coverage and definitely buildable if you need it. I followed with a Nyx HD concealer in CW04 (Beige). It goes on really creamy and blends really well. It’s minerally enriched which gives it that photogenic quality to it. I set everything with Drew Barrymore’s cosmetics line Flower Beauty’s loose powder in L02 (Light). This is a pretty sheer powder and set everything nicely.

Moving on to those pretty lids. I used a primer by Elizabeth Mott called Thank Me Later. Make sure you don’t have anything on your lids prior to the application, if not it will get all clumpy. Once your lids are set, I used the Natural Matte Palette by Too Faced. I absolutely love this palette. Its my go to palette for those natural, warm looks. I started with Risque and worked into my crease; make sure to blend this out for the smokey effect. I followed with Sexpresso on the outer corner and blended it inwards. I used a pencil brush to apply some under my waterline. I patted Heaven  on the inner corners and inner lids; make sure their it slightly blends with the darker colors.

For my eyebrows I filled them in slightly with Benefit’s Ka-brow in #6. I wanted to keep them natural, so, I feathered it light across my brows. I cleaned them up with Tarte’s Tartiest Contour Palette. I used #2 (corrector) and brushed it around my brows. I set my brows with Rimmel’s Brow This Way eyebrow gel in clear.  I lined my eyes with Bobbi Brown’s gel eyeliner in Espresso Ink. I also darken the color under my waterline with it as well. It really tied the whole look together.

I went back in with Tarte’s contour palette and cleaned up around my eyes with #2. For my bronzer I used Milani’s baked bronzer in #04 Glow. This gives you that golden goddess bronze, something to have for the summer. For my blush and highlight I used Tarte’s contour palette. This blush gives my skin tone that naturally flushed looked. While the highlight is a muted matte, it accentuates the features just right while still looking natural. I don’t always use falsies, I used mascara only this time. I used Make Up For Ever’s Smokey Extravagant mascara in black. If you’re not careful with this it will clump, I advise do NOT use too many coats, two each sufficed. Last but not least, I used Paris Manning’s line Velvet59 of lipstick from the Malibu Sunset collection in Coral Canyon.

There was an error retrieving images from Instagram. An attempt will be remade in a few minutes.

Why ordering directly from beauty brands can be worth it